The eighth tooth is the last in the series, this is the wisdom tooth. He got this name because he breaks through the gums between the ages of 18 and 25, when one has the most common knowledge according to common belief. The bottom eighth tooth is generally the largest tooth in the oral cavity.

How do I know if I have wisdom teeth?

The badly lying wisdom teeth cause various problems that you perceive of course. If you have no symptoms, it is best to ask your dentist about their condition. Regular x-rays can follow their condition, and so they can be coordinated with the other teeth.

It may also be the case that the dentist recommends removal of the wisdom tooth even before it causes a painful and complicated process. It is easier to remove it at younger ages when the tooth root has not fully developed and the bone is less dense. In older people’s case the healing time will take longer.

Why are there problems with wisdom teeth?

The problems come from the fact that our jaw has become anatomically smaller with the progress of evolution, as a result of which these teeth no longer have any space. For most young people – about three of four – there is not enough anatomical space for wisdom teeth in the row so sooner or later the majority of the adult population will encounter difficulties.

If the wisdom teeth turn out to be irregular, but do not cause any problems, they can remain undisturbed for a very long time under regular control, and do not need to be removed. 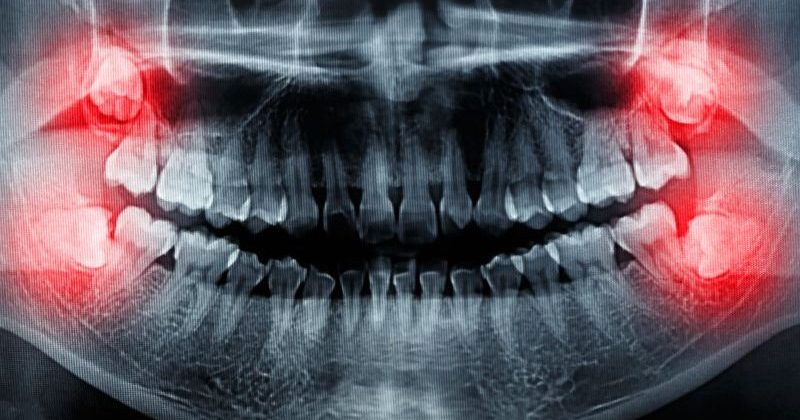 When do wisdom teeth have to be removed?

In the lucky case, the wisdom teeth begin to grow and break. The worst situation occurs when they can not break through the gums. There are countless possibilities between these two extremes.

Tooth removal is recommended when the wisdom tooth is positioned so that there is no chance for it to break through and causes recurrent inflammation and pain. If other ailments occur, such as tooth decay, or because of difficult cleaning gingivitis, it is also worth pulling them out.

It is also rare that an X-ray suspects a sometimes malignant change, in which case it is of course important to remove it as soon as possible.

When removing the wisdom teeth, there are two options of anesthesia. One is local anesthesia and the other is removal under general anesthesia. 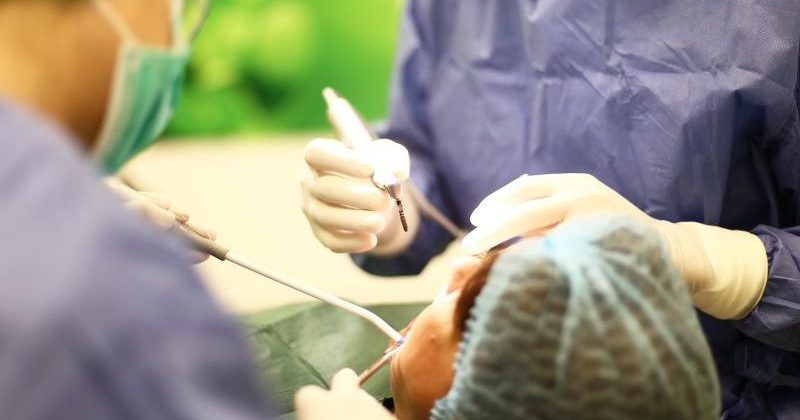 Healing after removal of wisdom teeth

The healing time after removal depends on the difficulty of the procedure. In general one can count on the following:

Bleeding– Bleeding may take several hours after tooth extraction. To control this, place a clean, wet gauze in place of the tooth and bite firmly on it.

Apply constant pressure to the area for about 45 minutes. A wet teabag is an effective alternative to gauze, as the tannic acid contained in it promotes healing and clot formation. These have a function that is similar to crusting. Repeat this procedure if you have minor bleeding, but contact your doctor for severe bleeding! Avoid rinsing and spitting, sucking movements (like drinking straw or smoking) and hot drinks.

Swelling– To minimize the swelling, put ice in a piece of cloth and place it on the face for 10 minutes. Leave it free for 20 minutes. Repeat this in the first 24 hours as needed.

Pain relief– Use analgesic if you need it!

Antibiotics– They are probably prescribed before tooth extraction. Follow the instructions of your doctor.

Meals– Limit meals to liquids until deafness disappears from anesthesia. For a few days you can only eat soft and avoid alcohol and narcotic analgesics. It is very important that you do not consume milk and dairy products in the first days of healing.

Brushing your teeth– brushing is still important, but avoid brushing in the immediate vicinity of the tooth being pulled in the first 24 hours. On the second day you can also gently clean here.

Swelling– After the ice treatment for the first 24 hours, use a warm compress so that you leave it on your face for 20 minutes and then remove it for 20 minutes.

Saltwater rinse– Add half a teaspoon of salt to a glass of warm water and rinse with it after eating and at bedtime. Do not use any other oral cleanser, as it may cause irritation, unless recommended by your dentist.

Threads– If you did not receive any self-dissolving threads, they should be removed in a week.

Complete healing– Complete healing can take from a few weeks to several months. Usually, however, the healing rate in the first two weeks is so great that you can use the mouth again comfortably at the tooth extraction site.

STERILIZATION AND SAFETY PROTOCOLS IN DENTISTRY AND AT EVERGREEN DENTAL

Strictly by appointment only.
Appointments can be made
during the week.

All of our prices are in euro and are converted to the local currency according to the current exchange rate.